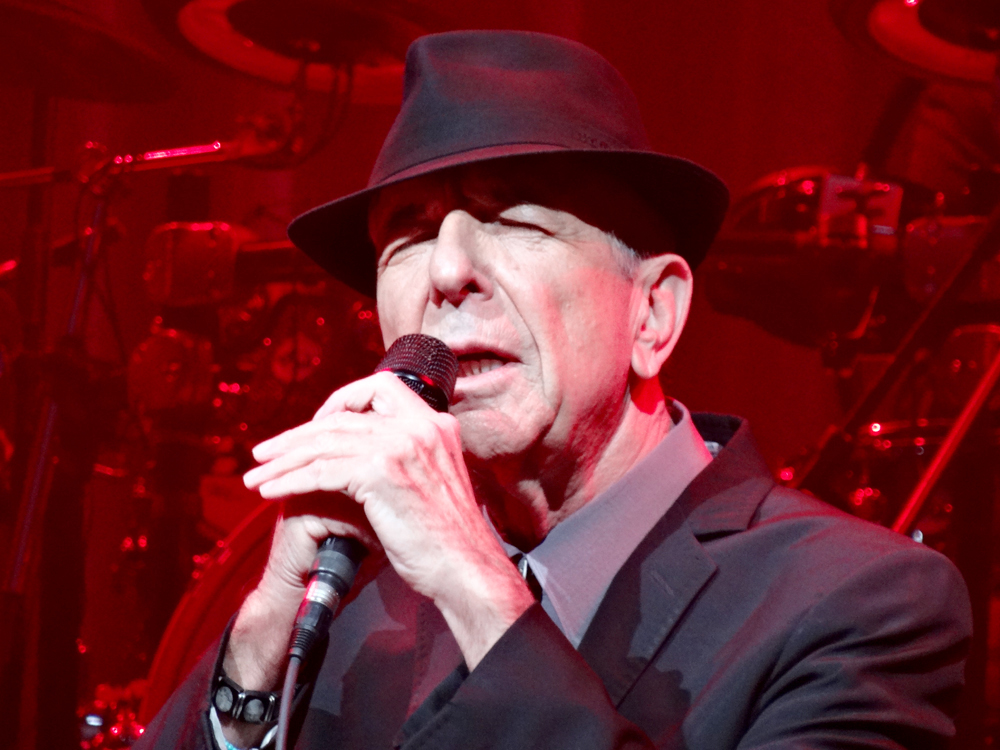 What an honor and pleasure it was seeing Leonard Cohen in Manhattan at Madison Square Garden on Tuesday night. He was exceptionally gracious and charming, as always. His voice, despite his 78 years, seemed even stronger than when I saw him in 2009.

Even though Madison Square Garden is not known for being a place of warmth and sensuality, Leonard transformed the arena into a temple of sensuous sound and light. And a huge crowd of 20,000 fans felt the magic.

“I promise you we’ll give you everything we got,” he said near the beginning of the show, and in his beautifully, elegant way, he did.

By some stroke of luck, I was able to film First We Take Manhattan. My friend shielded me from the eyes of the usher who kept coming over and acting like a film director or an orchestra conductor motioning with his hands in various attempts to get me to quit. And I was giving him the.. duh? do you mean me? look. I was told twice to stop recording video. But I couldn’t resist.

Although I was close to the stage, I also had to deal with a giant in a fedora in front of me. You’ll notice his subtle presence for a couple seconds now and then on the left side of the video. First We Take Manhattan was the last song of the first of two encores. The audience was singing along, while clapping and stomping and it was fantastic. Because after all, it was Manhattan!